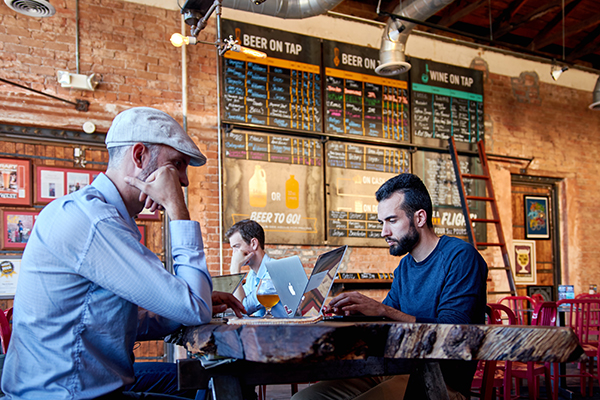 Today, clubs like Soho House and new kid on the block, The Gathering Spot, offer more than a place to engage with successful individuals. These clubs have carved out their own niche by offering members not only introductions to people through networking, but rather, introductions to ideas and activities.

Social clubs have played an important role in fostering a network of likeminded people since the rise of gentleman’s clubs in London during the 19th century. The desire to engage with individuals possessing similar interests outside of the workplace continues, but in the 21st century, the social club has evolved to attract members of younger generations. Understanding the offerings and benefits of unique clubs like Soho House and The Gathering Spot provides important insights to club managers on how they can tailor their offerings to meet the desires of Millennials and members of Generation Z.

The role of the social club has shifted over history, depending on societal preferences and needs. Some of our oldest social clubs were founded as spaces to share political beliefs amongst allies (The Union League of Philadelphia began as a patriotic society to support Abraham Lincoln’s policies). Understanding the shifting role clubs have held in patrons’ lives requires an understanding of generational workplace trends. Clubs that have stood the test of time have shifted their offerings amidst changing demographic preferences.

Soho House’s disruption of the social club space in the 1990s is a perfect example of how club managers can examine current workplace constructs to provide unique offerings that consumers crave. In 1995, London-based restaurateur, Nick Jones, recognized that a growing number of creatives were moving to the Soho neighborhood. At the time, the group was foreclosed from social clubs, whose hefty fiscal requirements meant they were mostly frequented by financiers. Seeing the need for a central meeting place for the neighborhood’s expanding creative community, Jones leased a small location above his restaurant and effectively redesigned the social club experience for the 21st century.

Today, clubs like Soho House and new kid on the block, The Gathering Spot, offer more than a place to engage with successful individuals. These clubs have carved out their own niche by offering members not only introductions to people through networking, but rather, introductions to ideas and activities. Members at today’s most popular social clubs pay premiums not merely to rub elbows with other successful people, but to learn and hear from the world’s brightest and most provoking minds. It’s not unusual for members at today’s social clubs to enjoy a wine pairing dinner led by a top sommelier, listen to a lecture by an award-winning author, or take in a film produced by a Hollywood heavy hitter.

Millennials and Generation Z members want not just networking opportunities, but to be introduced to ideas at social clubs is a symptom of generational pressures. Thanks to the internet and smartphones, millennials feel like they’re always at work. Thus, the idea of joining a club for a few amenities or merely to network is unappealing, as it doesn’t present an experience outside of a Millennial or a Generation Z’s ordinary day.

Constant access to the workplace because of the internet and smartphones has not only changed the demands placed on social club offerings, but their design. The percentage of employees working remotely is skyrocketing, with one study estimating at least 73-percent of workplaces will have at least one remote employee by 2028. Thus, social clubs are no longer places frequented only after work hours but are becoming remote offices. Resultantly, the line between social club and coworking space has become blurred. Coworking spaces like The Wing and WeWork are hosting networking and learning engagement opportunities, and social clubs like Soho House offering free WiFi and crafting office-like nooks to cater to those working remotely.

The transition of the social club amidst the rise of Millennials and Generation Z sends a signal to club managers of how to reimagine their spaces. Historically, the club has been promoted as a place to build social networks and expand business opportunities. While clubs shouldn’t stray from their historic underpinnings, they should expand their offerings to meet the needs of emerging generational preferences. Doing so will not only attract new and younger members to clubs, it will expand revenue generation opportunities, as it has for social clubs.

The message from the success of Soho House—which is valued at $20 billion—is loud and clear for club managers: there is great value to be derived in adapting the traditional club space for the changing preferences of the rising generations.