Show & Tell…Image-Based Marketing Is A Must 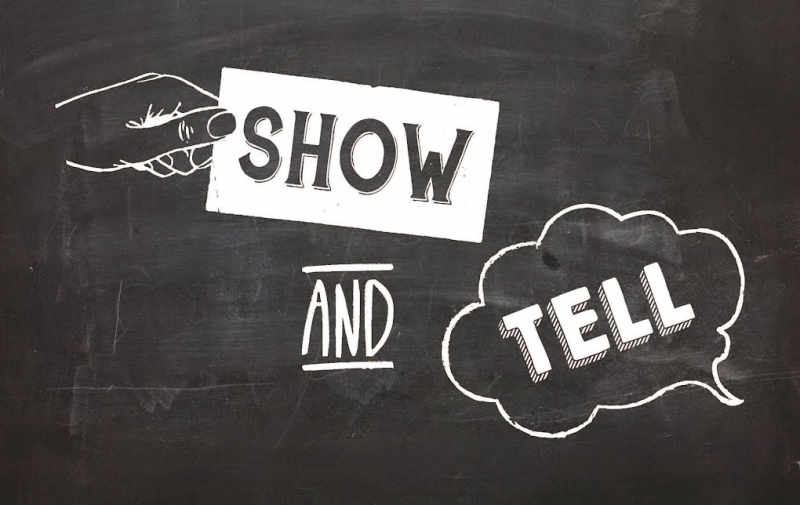 Remember the best ‘homework’ in Kindergarten…Show and Tell? Was your favorite part when your classmate spoke ad nauseam about his awesome new toy, or when he showed it off? Me too. We’re just hardwired to enjoy seeing things.

In reality every one of us is some sort of marketer. As marketers, we could all benefit from remembering the power of Show and Tell when crafting our online messages. I see companies spending exorbitant amounts of time and money publishing long winded web copy and I can’t help but think it’s wasteful. As we enter 2016, marketers need to capitalize on the natural human hardwiring and start selling with images. Now more than ever, this marketing strategy applies to private clubs.

The question is no longer whether brands should be on social media, but how to tell the right story on the right platform. Consumers, through their social media preferences, are swiftly dictating the answer to that question.

Ten-years ago, only 7-percent of the U.S. population used social media. Today, over 65-percent of Americans access social media sites. That figure jumps to 91% when you break out millennials 18-34 on Facebook.

Over the last decade, Facebook consistently held the top social media spot in terms of active usage and account owners with 1.01 billion current daily active users. While it’s true that Facebook has evolved over the last ten years, the gist of the platform remains the same:  it is a text-first platform featuring posts wherein users share their feelings, opinions and ideas in hundreds of characters. In other words…Old School.

Which is why the smart people over at Facebook paid $1 billion on April 9th of 2012 to acquire Instagram.

In 2015, Facebook ranked last in platform growth at just 1%.  In the same time, Snapchat grew by 8% and Instagram grew by 7%. While some of this might have to do with Facebook’s saturation, it’s important to understand the common thread amongst the fastest growing platforms. They are image driven and text is an afterthought.

So, what’s driving consumers away from text-first social media sites to more image driven platforms? The shift shouldn’t be a huge surprise. For some time experts predicted its occurrence and now that it’s happened, perhaps the greatest explanation for it is as simple as the human attention span.

At the start of the Internet marketing era, brands turned to their own websites and blogs to advertise. These methods were text heavy, oftentimes featuring marketing messages of over 1,000 words. With the advent of Facebook and later, Twitter, the word count began dropping to the 140 to 500 character range. With the launch of Instagram, though, words were no longer needed to convey a brand’s message on social media. Rather, a picture could tell the entire story.

This evolution away from bulky, word driven marketing tactics to sleek, captivating images makes sense when we consider that consumers spend only 15 seconds visiting a site. With only a fraction of time to make a big impression you’ve got a better chance at planting a memorable message, if you don’t make them digest 3 minutes of text to get to it.

Recently, I visited this club’s site (which will remain nameless, to protect the misguided). There were 4 tabs and membership had the largest amount of content.

The key to marketing is simpler than we usually make it. At the end of the day, we need to give people what they want. When it comes to your digital message, take inspiration from your Show and Tell days. Back then, all we wanted was more showing and less telling. The time has come to move away from text driven marketing and towards image-based concepts that capture the attention and imagination of your current and potential members.